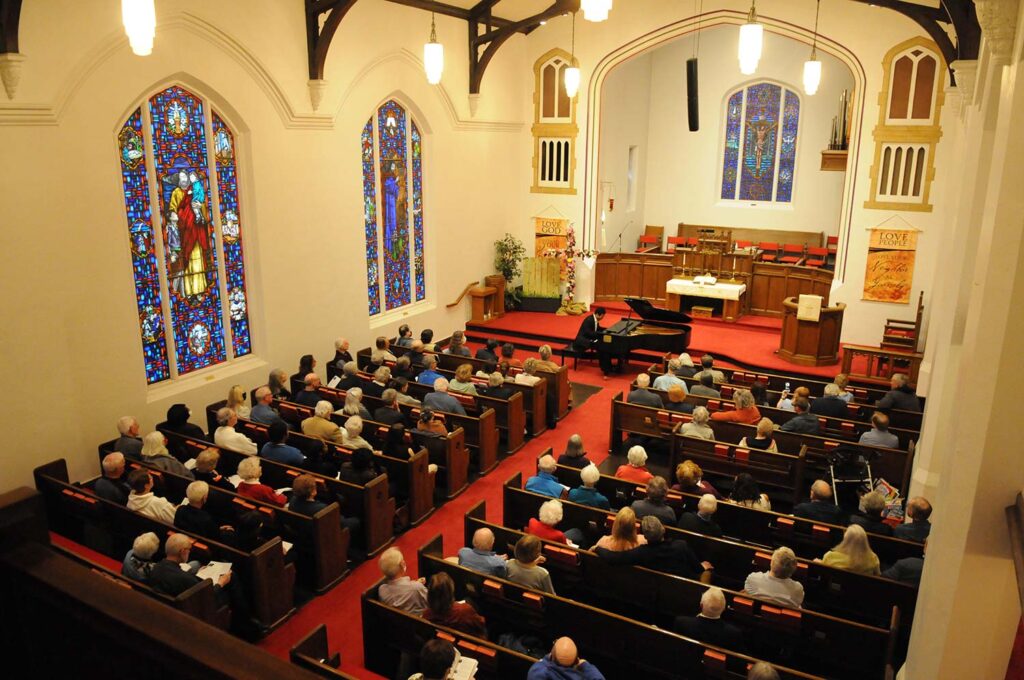 After a Covid induced pause for the 2020 season, and a limited 2021 season, the South Haven Performance Series is excited to return live musical performances to the cultural scene in South Haven. Performances are provided thanks to the generous support of the South Haven Community Foundation, corporate sponsors and individual donors.

The June and August concerts will be held at the First United Methodist Church, 429 Michigan Avenue while the July concert will be performed at the Peace Evangelical Lutheran Church, 0632 Blue Star Memorial Highway. All concerts begin at 7:30 p.m. 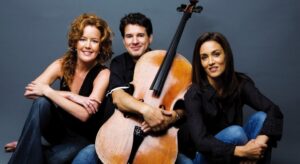 Described in performance reviews as “sensational” “bewitching” and “models of vibrancy and control”, the celebrated GRAMMY nominated Chicago-based Lincoln Trio—made up of Desirée Ruhstrat, violin, David Cunliffe, cello, and Marta Aznavoorian, piano—takes its name from their home, the heartland of the United States, the land of Lincoln. It will be the ensemble’s second appearance in our series having performed to rave reviews in 2019.

The trio, formed in 2003, has been praised for its polished presentations of well-known chamber works and its ability to forge new paths with contemporary repertoire. The group’s reputation as a first-rate ensemble draws an eclectic audience of sophisticated music lovers, young admirers of contemporary programs and students discovering chamber music for the first time. 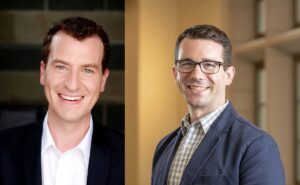 Baritone Stephen Lancaster engages audiences through a diverse repertoire of vocal music. He has been described in reviews as “a fine storyteller”. Winner of the Nico Castel International Master Singer Competition and The American Prize in art song and oratorio, he has been featured as a soloist in venues around the world, including Carnegie Hall, Chicago Cultural Center, Chiang-Kai Shek Memorial Hall, and Centro Cultural de Belém.

Kevin J. Vaughn is Director of Music and Organist at Gloria Dei Lutheran Church in South Bend, Indiana, accompanist for the South Bend Chamber Singers and a nationally-touring concert artist. In addition to appearing regularly as a solo organ recitalist in this country and internationally, he performs with baritone Stephen Lancaster in collaborative programs of music for voice and organ. 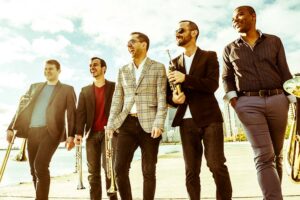 The Chicago-based Axiom Brass returns to South Haven after performing in our inaugural season (2016). The ensemble has been described in reviews as “exceptional ambassadors for classical music” and “innovative programmers”. Their concert experiences are designed for audiences that stretch the imagination and expand sensibilities. The programs regularly pair original works by composers with early musical translations and rousing tangos. As strong advocates for the creation and performance of “living music”, the ensemble actively engages with their audiences to showcase the importance of performing the music of living composers.

Admission to the concerts is $10. Students are admitted free. There are no advance ticket sales. Doors will open 30 minutes before the performance. The Performance Board is monitoring the Covid-19 situation and will be asking the audience to take appropriate safety measures.

In its short history the Performance Series has made a positive impact on the cultural fabric of the South Haven community. Suggestions for future concerts are welcomed. Please email them to the Performance Series. Selections are made a year ahead and typically in the Fall for the next season.

Founded in 2010, the South Haven Performance Series is an all-volunteer community based organization dedicated to providing a rich mixture of professional music and the performing arts for residents and visitors of South Haven, along with performance art education opportunities for local youth.

The South Haven Performance Series Concerts are presented (most) in the air-conditioned First United Methodist Church, 429 Michigan Avenue. All concerts will begin at 7:30 p.m. Tickets are sold only on the evening of the concert at the event. Students are always admitted free.